Applied Separations was started in 1987 with the mission to provide sample preparation products to today's analytical laboratory and has become a pioneer and worldwide leader in the use of DNA-free products and Supercritical Fluids in traditional and non-traditional marketplaces. We are leading the charge in making Supercritical Fluids a growing part of the conversation on green chemistry. What used to be a technology intended for extractions of things like caffeine from coffee can now be applied in dozens of areas, including aerogels, metal injection molding, medical implant cleaning, and artifact restoration.

In 1992, Applied Separations entered into a Cooperative Research and Development Agreement (CRADA) with the U.S. Department of Agriculture to develop a low-cost supercritical fluid extraction instrument that overcomes many of the shortcomings of the instruments currently in the marketplace. The culmination of this effort, two years later, was the Spe-ed SFE. Two of the foremost experts in supercritical fluid extraction, Dr. Jerry King and the late Dr. Robert Maxwell, have lent their names to the Spe-ed SFE project. Market acceptance of the Spe-ed SFE was overwhelming. 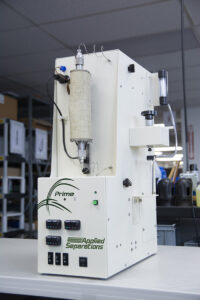 Education
Applied Separations has committed to doing its part to assist colleges, universities, and 2-year institutions in preparing their students for the scientific workplace of today and tomorrow with a grant program. The winners were awarded a Spe-ed SFE Prime Package, which includes a Supercritical Fluid System and vessel designed specifically for the higher education market as well as supporting Classroom Materials, such as a syllabus, handouts, suggested applications, and more. The total value of this package exceeds $30,000. The grant program is currently under revision. 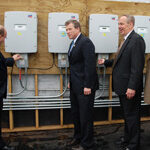 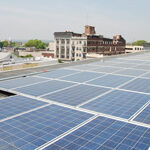 Applied Separations hosted a reception to unveil the newly installed solar panel system. The system is composed of 207 large solar photoelectric panels, each generating 235 Watts of power, with an estimated annual energy production of 53,300 KWh. This is the largest exhibition of commitment to renewable energy in downtown Allentown, and Applied Separations is proud to be leading by example in its dedication to the green economy. The system will generate 53 SREC (Solar Renewable Energy Credits) per year, allowing Applied Separations to sell an estimated 10,000 KWh back to the power grid. The transition to solar power is expected to save Applied Separations $33, 332 over the next 5 years in energy costs. 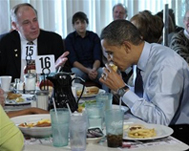 Applied Separations has received national attention in addition to its numerous regional awards. Rolf Schlake, CEO of Applied Separations, had the opportunity to have lunch with President Barack Obama, along with the mayor of Allentown and other local business leaders, where Schlake had the opportunity to expand the President’s knowledge by educating him on Supercritical Fluids and the role they can play in the Green Economy. They have also played host to many local and national politicians as well as multiple international scientists. Applied Separations has also received national television coverage, including an appearance on American Environmental Review on Public Broadcasting Service.

Applied Separations has grown tremendously since its modest beginnings, boasting consistent growth and technological advancements which show no sign of stopping.